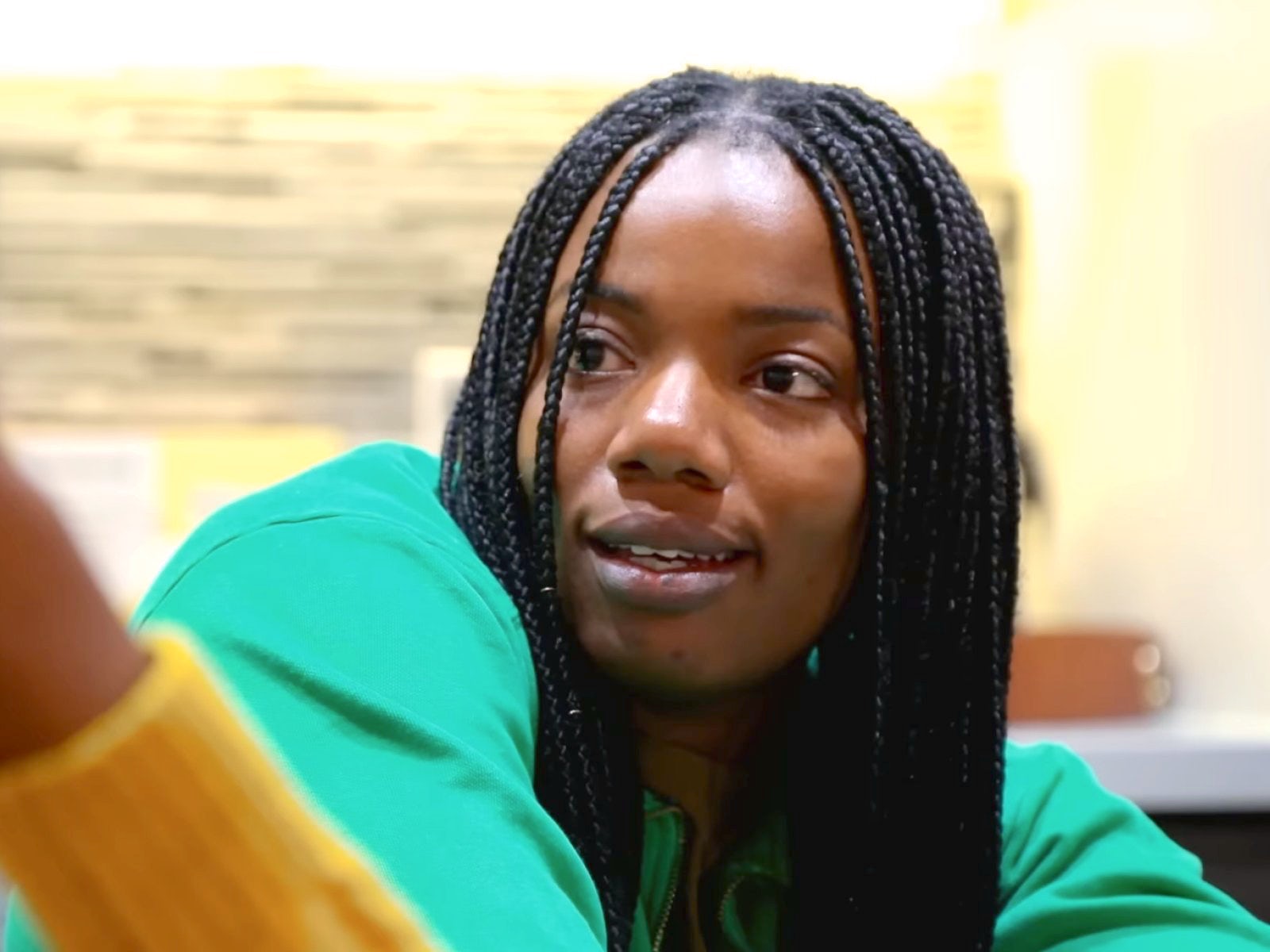 Married at First Sight star Alexis has revealed if her husband Justin really was Priority No. 2 behind her friends when they were filming Season 15.

Alexis, a 29-year-old logistics specialist, and Justin, a 33-year-old digital marketing specialist, were matched for matrimony on Married at First Sight’s fifteenth season.

Alexis and Justin began struggling in their marriage after moving into a San Diego apartment together post-honeymoon, and on the show’s latest episode, the couple got into a disagreement over Alexis’ desire to see her friends and party at the club once a week.

Justin felt abandoned and accused Alexis of wanting to live the single life, but Alexis said she felt “smothered” and was tired of everything being her “husband’s way or the highway.”

During the September 21 episode of Married at First Sight: Afterparty, Alexis watched back a Season 15 clip of Justin expressing his feelings to his wife.

But Alexis told Afterparty host Keshia Knight Pulliam, “I do not feel like it’s true.”

“But it did bring some insight, because prior to this conversation, I had no idea [he felt that way],” Alexis shared.

“So for me, I was more so like, ‘Okay, well then now that I have this knowledge, I can do better. I can check in and make sure he doesn’t feel this way.’ But prior to this moment, I had no idea.”

When Alexis and Justin were moving in together at the beginning of the extreme marriage experiment, Justin’s big dog Maya attacked Alexis’ small dog Newton. Newton had an eye injury and needed medical attention, and so Justin sent his dog to a two-week training camp.

However, Maya continued to show signs of aggression at the training camp, and so Justin chose to let her live at a farm and not welcome her back into his household.

Justin made the decision so Alexis and Newton would feel safe at home, but Justin didn’t think Alexis would have made the same decision and given up Newton for him in order to save their marriage.

But Alexis insisted on Afterparty that she “for sure” would’ve given Newton away if the roles were reversed and her dog had bitten Maya.

“I would’ve sent him to my mother. Newton has lived with my mother in the past, [because of] me just being a free spirit and traveling, and as soon as my mom heard Newton was attacked, she was like, ‘Give me my grandson!’ She was like, ‘Send him now!'” Alexis revealed.

“And I considered it, but I was just like, ‘Okay, my baby’s not in the wrong.’ I don’t want to play the blame game, but I would’ve for sure sent him back.”

Alexis also watched back Season 15 footage of a blindfold exercise she and Justin had been asked to do. While one spouse was blindfolded, the other spouse shared his or her concerns and thoughts about the marriage.

Justin essentially took an opportunity to slam Alexis and say how he felt she wasn’t ready for marriage, but Alexis took a much softer approach.

Married at First Sight star Stacia Karcher joined Alexis on the Afterparty episode and said it looked like Alexis was saying, “I like this, I like that, and I want a divorce.”

“Was it really?” Alexis asked her friend.

Keshia also pointed out how it was obvious that Alexis was hurting or disappointed in Justin and had much more to say — but chose not to.

Keshia therefore asked Alexis why she didn’t speak her truth.

“I’ve been speaking my truth at this point for a full month in counting. If I felt like it was going to make a difference, I would’ve said it,” Alexis explained.

“And I didn’t want to overshadow that,” she elaborated. “I wanted him to stand on it and feel like, ‘Hey, I can tell my wife things and she won’t come back at me and attack me.’ So I wanted him to feel safe, and in order to do that, I had to be quiet.”

Alexis said she was questioning if she and Justin could go the distance with two weeks left until Decision Day, which was “frustrating” because they both wanted it to work so badly.

“We keep choosing each other every day despite our arguments,” Alexis said.

On Married at First Sight’s latest episode, which aired last week, Alexis said Justin was acting “controlling and manipulative” in his attempts to keep her home with him.

“So that is an overwhelming and frustrating situation… If this is a dealbreaker, I am sorry, [but] I cannot commit to being with somebody 24/7. I need some of that independence back,” Alexis told her husband.

Justin said he wasn’t willing to be someone’s option because he’s a catch, but Alexis insisted she was putting her best effort into the marriage.

Alexis admitted that she felt “isolated, alone, unheard and dismissed” by Justin. She said the allegation hanging out with her friends for two hours every week makes her “an unfit wife” was “obscene.”

Justin later told Alexis that he genuinely felt she wasn’t ready to be married and he was questioning their marriage.

“My love still hasn’t changed for you… I am just cautious as f-ck now,” Justin confessed.

Alexis told the cameras, “If this man don’t think I’m ready to be married, maybe that’s not the man I should be married to.”

Alexis said she missed her super fun relationships filled with passion in the past and Justin was very sensitive and defensive, and Justin lamented to his friends about how Alexis didn’t act like she was attracted to him.

With Decision Day quickly approaching, Alexis said she never pictured marriage being like this and she thought it was going to be more fun, with the spouses being teammates.

“We’re just different. Where do we go from here?” Justin asked.

‘Willow’: Hannah Waddingham’s Hubert Helps Elora in Sneak Peek (VIDEO)
USD POLL : Which 2022 cancellation (or announced ending) of a CW TV Show are you the most saddest about?
‘Wolf Pack’ Sneak Peek Teases a Wild Animal to Hunt (VIDEO)
Grey’s Anatomy: Ex-Writer Admits She ‘Lied’ About Having Cancer, Brother’s Suicide
POLL : What did you think of NCIS: Hawaii – Desperate Measures?
Follow us on Facebook
Follow us on Twitter