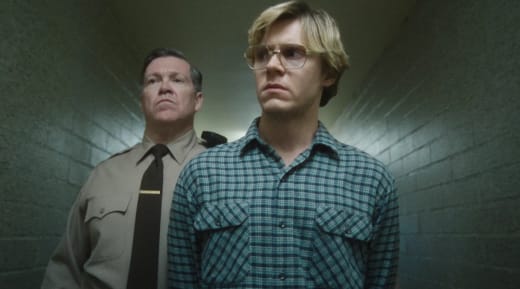 Dahmer – Monster: The Jeffrey Dahmer Story is a massive hit for Netflix.

The streaming service revealed Tuesday that the Evan Peters starrer racked up 299.8 million hours viewed in its second week.

The numbers are huge and make the series from Ryan Murphy the second most watched English-language series in a week behind Stranger Things Season 4.

After just 12 days, the series has reached 496 million hours viewed.

Netflix went one step further with the data, estimating that 56 million Netflix households have viewed the series.

However, every other show in that list, including Stranger Things, Bridgerton, and Inventing Anna, includes 28 days of viewing, so if Dahmer continues at its current rate, it could enter the top five as soon as next week.

Elsewhere on the list, Dynasty Season 5 soared to second place for the week with 44.6 million hours viewed.

The series was canceled earlier this year on The CW after five seasons, so unless a miracle happens, the series will not produce any new episodes.

The numbers on Netflix would suggest an audience for the series, but they didn’t want to watch live on The CW when it aired on Friday nights.

The sophomore drama is not performing as well as expected and could be on the chopping block for the third season.

Netflix typically decides when 28 days of viewing is available, so we’re still at least a few weeks from an official decision.

Possibly helping the cause is that people are viewing the first season again because it’s showing up on the list a bit further down.

What are your thoughts on the numbers?