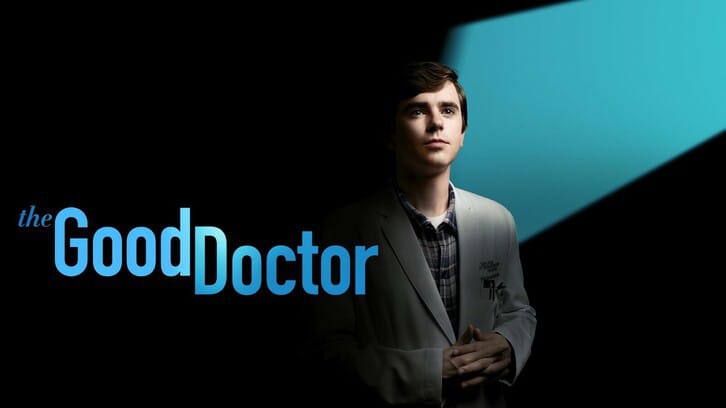 After the holidays, we are back! The Good Doctor 6×10 “Quiet and Loud” keeps us on our toes throughout the episode as it deals with the health of Lea, her baby, and the consequences of what happened in the previous episode. Time for a review!
Here we go!
The beginning of “Quiet and Loud” made our hearts pound because of the danger that both Lea and her baby were in. Shaun found the solution but he wanted to protect Lea so much that he wasn’t thinking about what she needed. Lea needs support, and not just from Shaun, she needs to feel all the love from her friends.

Lea needs to wrap herself up and feel the love and support of everyone she loves.

Also, she needs to distract herself and stop remembering the last time she was in a hospital room like that. Thanks to Asher, Shaun realizes that the situation isn’t about what he thinks Lea needs, but what she really needs.
In “Quiet and Loud” Lea, for her part, is not only worried about the situation but also about the decision of not wanting to know the sex of the baby. In her case, it’s not just because she wants to keep the surprise going but because the last time she was pregnant, Lea and Shaun were so excited that they were starting to think of names. That, in a way, made it worse and more real when they lost the baby.
Now Lea is pregnant and her baby is in danger again. She’s afraid that history will repeat itself, and she can’t bear to think about it. The situation is difficult enough as it is. And yes, Jordan is right and Lea should tell Shaun all this but she feels that he has had enough and this is not the time, she first wants to see what is going to happen. And I understand her.
Things quickly take a turn for the worse in “Quiet and Loud” and Lea and the baby are in imminent danger. Shaun desperately wants to get in there and do something to save them…but Glassy stops him. And he is right. Shaun is too emotionally invested. For Shaun, it’s an absolute must to fix what’s broken, but it’s his family and it’s too complicated.

Also, Shaun can’t help feeling that this might be his fault, that he made a mistake in the first surgery…and he couldn’t forgive himself for that.

Everyone, absolutely everyone supports Shaun while he waits for news about Lea and this already brings tears to my eyes.

But the moment that makes me cry non-stop is when Glassy breaks the news to Shaun that everything went well and it had nothing to do with the first surgery. At this point, Shaun can’t hide his joy and breaks through barriers for the first time to hug his father, Glassy, ​​and his friend Lim. And this whole scene…Goddess, I’m sobbing!

Let’s remember that Glassy had to put his position at stake to get Shaun accepted to do his residency at the hospital. And now they are all there, to support him and his wife in these hard times. I’m happy and proud.
Lim is taking it easy on “Quiet and Loud” and she deserves to. She still hasn’t said “yes” to her boyfriend because she needs to be sure when she does. Lim needs to make sure that her response is not a consequence of the operation she underwent, nor is it a response to the fear of the unknown.
The situation with Shaun and Lea, plus the way her boyfriend understood her times and just let her know how much he loves her — seriously, where are these guys? — it made Lim realize that she wanted to take another step in their relationship. Although Audrey isn’t ready to say “yes” yet, she is ready to live with him.
This step that they are going to take together on “Quiet and Loud” shows their commitment and how they want to move towards a future together. But to learn to run, you first have to learn to walk and that’s what they’re doing right now.

Lim is not ready to get married, but that doesn’t mean that she doesn’t want a future with her love, just that too much is happening in her life right now and she needs to take time to breathe and enjoy everything that’s happening.

I confess! I’m just waiting for the moment when Morgan and Park get back together. Neither of them can be let go. Park wants to be a part of Morgan’s life and the baby she’s having, and she’s open to the possibility. They love each other too much to finish letting go, even if they are not ready to accept it yet. So yeah, I’m looking forward to the time when they get back together.
Jordan and Pérez are going through a tense situation in “Quiet and Loud.” Morgan doesn’t know how to behave because a part of her can’t help but think that she had something to do with Perez’s relapse, even though she doesn’t. As for him, she is frustrated and ashamed of himself. His insecurities surfaced and everything took him back to hell.
An addict is only one bad day away from relapsing. And Pérez knows it well. Now, he’s all about starting his recovery from scratch and protecting his sobriety. That’s why he asks that Jordan no longer be his supervisor. It’s too difficult and painful for both of them. The spark and chemistry they have are still there and if Jordan continues to be his supervisor…it’s a ticking time bomb and a recipe for disaster.
With the decision that Pérez makes in “Quiet and Loud,” he is protecting his sobriety, his heart, and also Jordan’s. Maybe in the future, they could be a thing, but not right now.
PS: It’s a boy and the baby and Lea are fine! It was about time, The Good Doctor.
This is where our The Good Doctor review ends. We will be back next week with a new review!
Agree? Disagree? Don’t hesitate to share it with us in the comments below!
The Good Doctor season 5 aired Mondays 10/9c on ABC.
Share on Facebook
Share on Twitter
Share on Pinterest
Share on LinkedIn