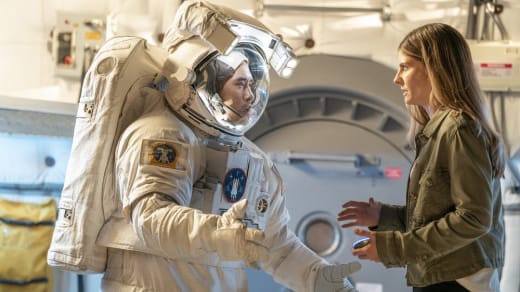 The delayed numbers for Monday, September 26, are here, and NBC’s Quantum Leap cooled off quite a bit.

The true test will be how it performs with streaming and DVR numbers.

Earlier on the night for NBC, The Voice inched down to 6.1 million viewers and a 0.7 rating.

Both shows were big gainers for FOX in Live+3 last week, so they each have devoted audiences.

ABC’s Monday Night Football coverage towered above the competition, drawing 8.7 million viewers and a 1.9 rating in the demo.

The Good Doctor and Bachelor in Paradise will air on the night next week, so it will be exciting to see how that plays out.

What did you watch on the night, TV Fanatics?