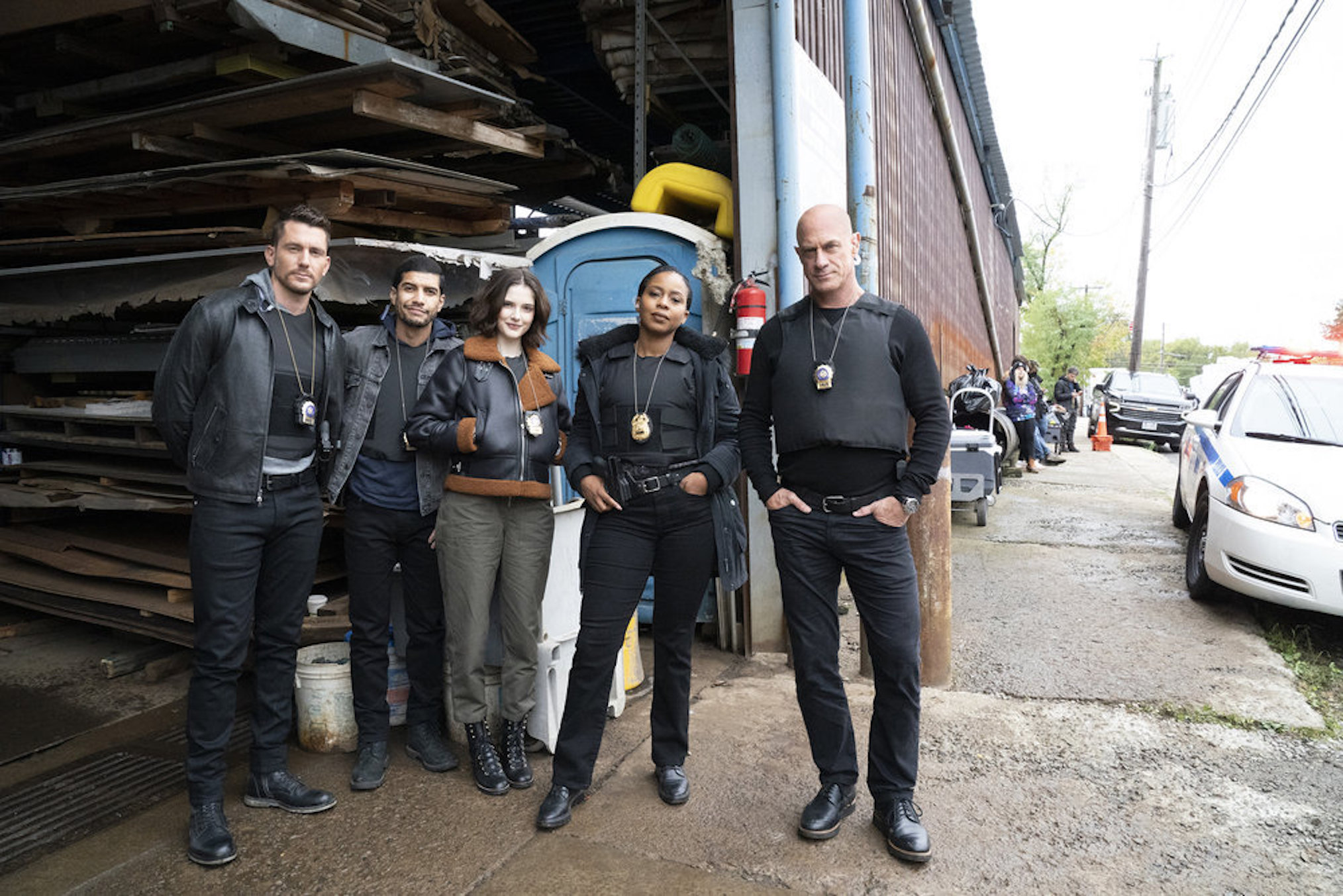 At least for now, that wasn’t the “Last Christmas” the task force will be together for on Law & Order: Organized Crime.

Heading into the episode, the members of the unit thought the last thing they’d do together would be to meet with Robert Silas (John Doman) and make a deal for the information he has. Things, of course, went sideways — Sergeant Ayanna Bell (Danielle Moné Truitt) and her detectives, Elliot Stabler (Christopher Meloni), Jet Slootmaekers (Ainsley Seiger), Jamie Whelan (Brent Antonello) and Bobby Reyes (Rick Gonzalez) were ambushed — but worked out in the end. After that, Bell decided she wasn’t taking the new job and would instead be staying right where she is — and that means the task force isn’t being shut down (but that cleanse with the sage Jamie gave her? Much needed for the office).

“I think Bell is a woman of principle. I think she’s a woman that is gonna follow her gut. At the end of the day, even when she tries to do something that’s kind of outside of who she is, eventually she’s gonna come back to what feels right to her and what’s true,” Truitt tells TV Insider of that decision. “And I think after going through a life and death experience with those other four people in the task force, it makes her realize this really is where she wants to be. Instead of [Deputy Inspector] Lillian [Goldfarb, played by Janel Moloney] being able to come in and say, ‘I’m shutting this down,’ she’s like, well, ‘I’m gonna go above you, and I’m gonna talk to the people above you to make sure this doesn’t get shut down.’” While fortunately, there were only some minor injuries sustained in that life-and-death situation (among them: Bell sliced open her leg early on), the experience did lead to her “seeing things a little more clearly,” Truitt explains. She realized “there were more options for her.”

Furthermore, she’s realized she’s where she belongs. “She’s like, ‘well, based on this situation that happened and us barely getting out alive, this is what I’m purposed to do,’” she continues. “This is her purpose in life. And whatever your purpose, it’s on you to figure out how to continue walking in that purpose because that’s what life is about: fulfilling our purpose.”

Things did get tense between members of the task force in the fall finale: Stabler and Bell about the task force shutting down since it started as a result of his wife’s murder, and Stabler and Jamie about handing over Silas during the ambush. “Some stuff is sorted out. … I think they understand who Bell is, what her position is, and at the end of the day, they can be mad at her if they want. It doesn’t matter. Bell’s like, ‘I’m the leader, and I’m gonna do what’s best, and you guys will have to get over it,’” Truitt laughs.

“That’s part of family; that’s a part of working together. People have to put aside their egos. They have to put aside what they think is right. You have to do that in order to be a team,” she adds. “I think Bell is gonna move forward with her head held high. She’s gonna keep what is important in the forefront. And everybody, including her, will have to lick their wounds and do what’s best for the team.”

Bell did succeed in keeping the task force up and running, but might there be any consequences as a result? It was going to be shut down, after all. Truitt doesn’t expect there to be after the conversation she had (off-screen) with the chief. “In my mind, when she went to the chief, she explained all the work that they’ve done, the reason why this task force should not be shut down,” she shares. “And Bell is very persuasive, once she gets going and talking and explaining, plus [there’s] the passion attached to her wanting to stay in this position.”

That being said, Truitt previews, “there’s always gonna be a little bit of the brass watching Bell and watching what she’s doing because they’ve given her another chance to keep the task force going. She’ll have to deal with a new deputy inspector [Ray Thurman, played by James Roch]. You will get to see that and how that relationship pans out and what obstacles are presented in that situation.”

As for her family — she’d said that the other job would mean more normal working hours, which was going to be better in any fights with Denise (Keren Dukes) for custody of their son — Bell will figure something else out.