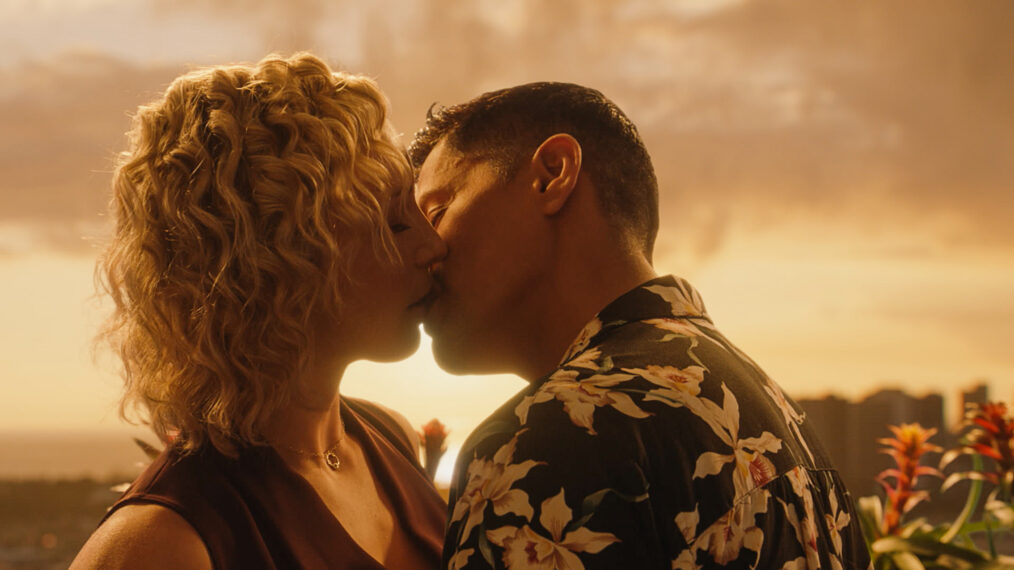 If Magnum P.I. had truly been over and the Season 4 finale on CBS was the last episode, it did seem to wrap up some things neatly in a bow. You could imagine that Thomas Magnum (Jay Hernandez) and Juliet Higgins’ (Perdita Weeks) kiss led wherever you want. But with NBC saving the drama, the Season 4 finale left off in an interesting place, setting up potentially two major changes going forward.

The other stemmed from the investigative work of the finale, which was very personal and very off-book for Detective Gordon Katsumoto (Tim Kang). In fact, he suspected by the end of it, that he might be looking at a career change. Read on as we take a look at two ways things could be very different in Season 5.

“There’s so much at stake,” Higgins had said when pondering a romantic relationship with Magnum. Things didn’t go as planned when she initially went to speak with him at the beginning of the finale only to find his ex, Lia (Chantal Thuy), there, but she insisted she wasn’t “bothered,” rather “surprised.” However, by the end of the episode, she admitted why she’d really stopped by.

“It wasn’t about work. I wanted to tell you something and then I saw Lia there and I just couldn’t,” Higgins explained. “But now I know nothing happened and I have to tell you because it’s just going to haunt me otherwise. I came to tell you that I have feelings for you. I tried to deny it and I just can’t anymore.”

She wasn’t the only one confessing in that last scene. “When you were in the wine cellar yesterday, I wanted to spend the day with you because I wanted to say the same thing,” he shared. “I have feelings for you. I think I have for a while, I just didn’t know it.”

Both had their “reservations” about risking losing their friendship and partnership, but despite agreeing “maybe we shouldn’t go there,” they kissed. Season 5 could very well see Magnum and Higgins together, navigating what taking that step means not only for their personal relationship but their professional one as well. Based on what we’ve seen when other couples get together on a procedural drama after a drawn-out will they/won’t they, there are sure to be some growing pains, for them and those around them. Or maybe Magnum P.I. could go the less obvious way and have the transition be seamless.

There’s also the possibility that the two could decide to take a step back after the kiss, whether that be pretend it and the conversation never happened or that the risk they’d mentioned is too great. With there being at least two more seasons, that would allow the show to continue playing with getting them together and figuring out how that might look if they do.

Katsumoto’s Future With the HPD

Katsumoto was kidnapped along with his ex-wife, and in order to save her, he enlisted the help of Magnum and Higgins to break an inmate out of prison. Due to his actions, he had “a lot of things to answer for,” as Magnum noted near the end of the episode.

In fact, Lia found Katsumoto packing up his desk. He was “suspended indefinitely without pay, but they’ll probably take my badge,” he told her. But he wasn’t sorry. “I did what I had to,” he said. “Really, it’s alright. Just take care of yourself.”

That left his future with the department up in the air, and it’s very possible that what could come next for him in Season 5 depends on Kang’s availability and the stories the writers want to tell. Will Katsumoto have his badge in Season 5? Or could we see him working to get it back by midseason?

For now, all we can do is speculate, especially with now two more seasons (at least 20 episodes) of Magnum P.I. on the way. Chances are there will be at least some changes in store.

‘Only Murders in the Building’: Who Really Killed Bunny Folger? (POLL)
‘Better Call Saul’: Bob Odenkirk Shares Emotional Video Thanking Fans & Co-Workers
Top 100 Movies and Shows on Netflix This Week: August 14th, 2022
Days of Our Lives Round Table Week of 8-08-22: Are You Team JEric or Team Ericole?
Jaicy Elliot Talks Hallmark Original Romance in Style, Body Positivity, and Learning from the Best
Follow us on Facebook
Follow us on Twitter