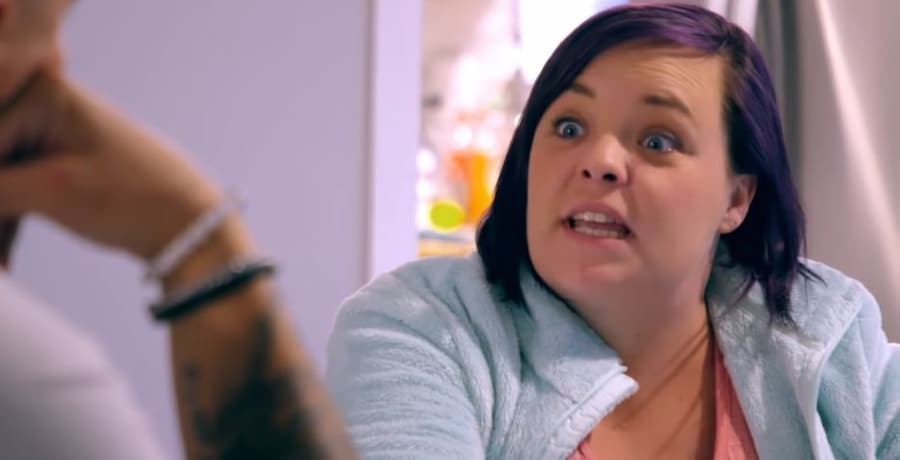 After being slammed for seeking donations from fans on Instagram, Teen Mom star Catelynn Lowell is at it again. Previously, the MTV star was bashed by fans for seeking donations for her daughter’s cheer team on her socials. The 30-year-old couldn’t hide her excitement after her daughter became a part of the Tiny Tulips Team. However, fans didn’t welcome her asking for money on social media.

The mother of four has been trying to raise funds for her daughter Novalee Reign Baltierra’s Tiny Tulip cheer squad. Fans are now blasting Catelynn for begging too much for money on social media. On her Instagram profile, she wrote, “Saw some people’s comments that they wanted to donate for Nova’s cheer and messaged me, but haven’t heard back.”

“Please send me another message, and God bless you all! She’s so excited seeing everyone rooting her on!” she continued. Catelynn put up the status on a black background & followed it with animal stickers celebrating on the bottom.

However, fans couldn’t reply to the post as Catelynn turned off the comments on the post. This was because the last time she posted on Instagram asking for money, fans called her out for begging too much.

She captioned the post, “Nova is looking for sponsors. You can literally pick ANY number on this page and pay the number!”

“So if you pick number 20, then you would donate $20! The donations would help with uniforms, practice, and competitions!” she continued.

The reality star concluded the post by stating, “Anything helps, thank you so much!… [I] can’t believe I’m gonna be a cheerleader mom.”

Even with the comments turned off, fans found another way to slam the star for begging for money on social media. They took to Reddit to discuss the topic. The OP titled the post, “Catelynn asking for donations on Instagram.”

Reddit users rushed to the comments to provide their take on the matter. One user wrote, “This is a very strange use of her platform. She and Tyler could afford to donate for Nova and [every] other kid on the team probably.”

A third chimed in, “Exactly!!! They have more than enough money, it’s shameful that she is asking for donations.”

“This is just embarrassing and so cringe,” mentioned the fourth user.

Fans even questioned why the Teen Mom star is asking for money on Instagram like she cannot afford it. They even mentioned that MTV pays them well for their time on the Teen Mom show. So, they can definitely afford to pay for her daughter’s cheer team. Apart from Nova, the couple has three other children, including Vaeda, Carolyn, and Rya. Among these, Carolyn was adopted by Brandon and Teresa Davis.

What do you think of Catelynn asking for donations on social media? Share your thoughts in the comments!