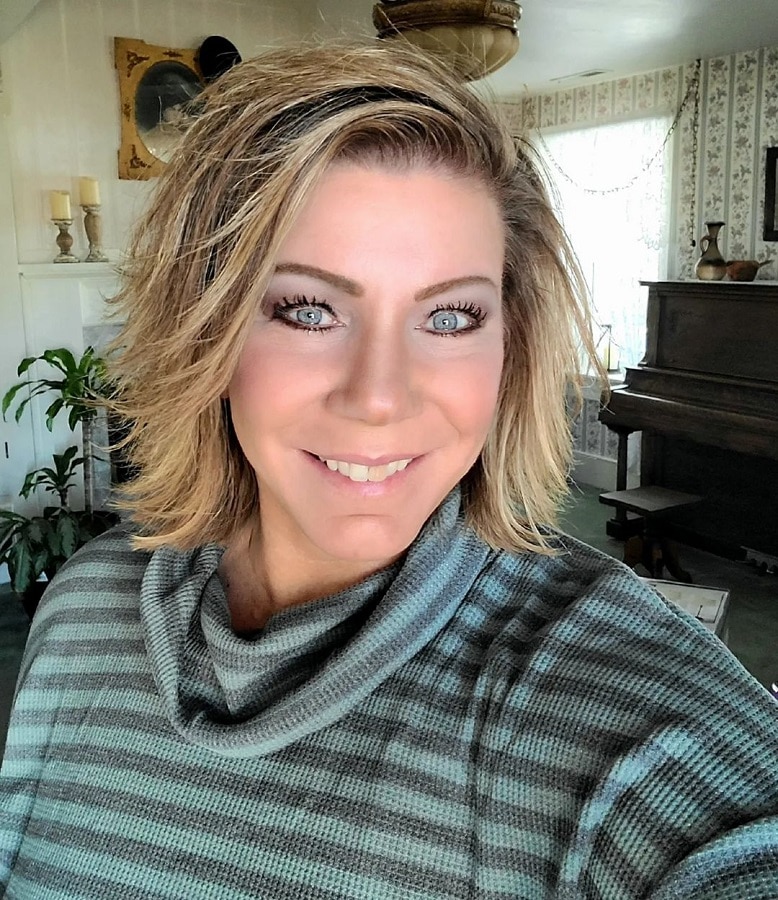 Sister Wives star Meri Brown looked happy and carefree during her trip to California. She reportedly denied Kody Brown from her 51st celebration. The reality star wanted to focus on herself. Meri then traveled to California for a special LulaRoe training event. Fans don’t understand why Meri remains committed to the clothing company after its string of controversies, but she makes a lot of money from the team she’s built up.

Meri Brown is a very committed woman. She’s still with Kody Brown to this day, even with their marital issues. However, some fans couldn’t help but notice how much she glowed during her trip. The Sister Wives star couldn’t stop smiling at the LulaRoe event as she was away from her spiritual husband.

Meri Brown has been sharing her travels on her Instagram Stories. In one of them, she hashtagged the brand. She hung out at the outdoor event, which featured people in the background and twinkling lights. The television star wore a denim jacket, which she paired with a blue hooded sweatshirt.

The TLC star couldn’t stop smiling at the training event. Even though it was about work, Meri looked like she was enjoying herself. She took fans inside the training event, which took place underneath oak trees that were adorned with beautiful lights. Meri and her fellow entrepreneurs enjoyed tacos while training for the online fashion outlet, which unveiled its latest collection.

Meri Brown and Kody’s ex-wife Christine Brown still work with LulaRoe. Both ladies promote the clothing and accessories on their respective Instagram accounts. This comes just months after Meri and Christine were accused of “scamming fans” by working with the brand. The backlash came on the heels of the docuseries that came out on Amazon Video titled LulaRich.

More people took to social media to express their disdain for the clothing brand. Despite the controversy, the Sister Wives stars model the clothes and promote them on social media using hashtags. Fans think the reality stars should leave the brand behind. But, it’s no secret that Kody’s gals love to promote MLM products rather than starting their own business.

Is she the next to leave Kody Brown?

Some fans wonder if Meri Brown is the next to leave Kody. Meri doesn’t like where their relationship went. Kody said that he considers her a friend rather than a wife. He has no interest in kissing her. Meri feels like the outsider of the family since the other wives are closer to him.

This sighting comes after Sister Wives fans thought that Meri Brown was “drunk” in her recent “Fridays with Friends” Instagram video. They think that she drinks too much. Meri just wanted to celebrate her 51st birthday party without Kody around. Some wonder if she will be the next to leave the Brown family.

What are your thoughts? Do you agree that Meri Brown was glowing at the LulaRoe event? Do you think she’ll ever leave Kody? Sound off below in the comment section.

Check back with TV Shows Ace for more news on Meri Brown.